MapleStory’s latest update is a major one. There are new classes, worlds, and the debut of the ultimate boss in MapleWorld: The Absolute Unit.

MapleStory M brings the Pathfinder class online, and with it comes a new boss. MapleStory has added “an absolute unit” of a boss to their game as well. 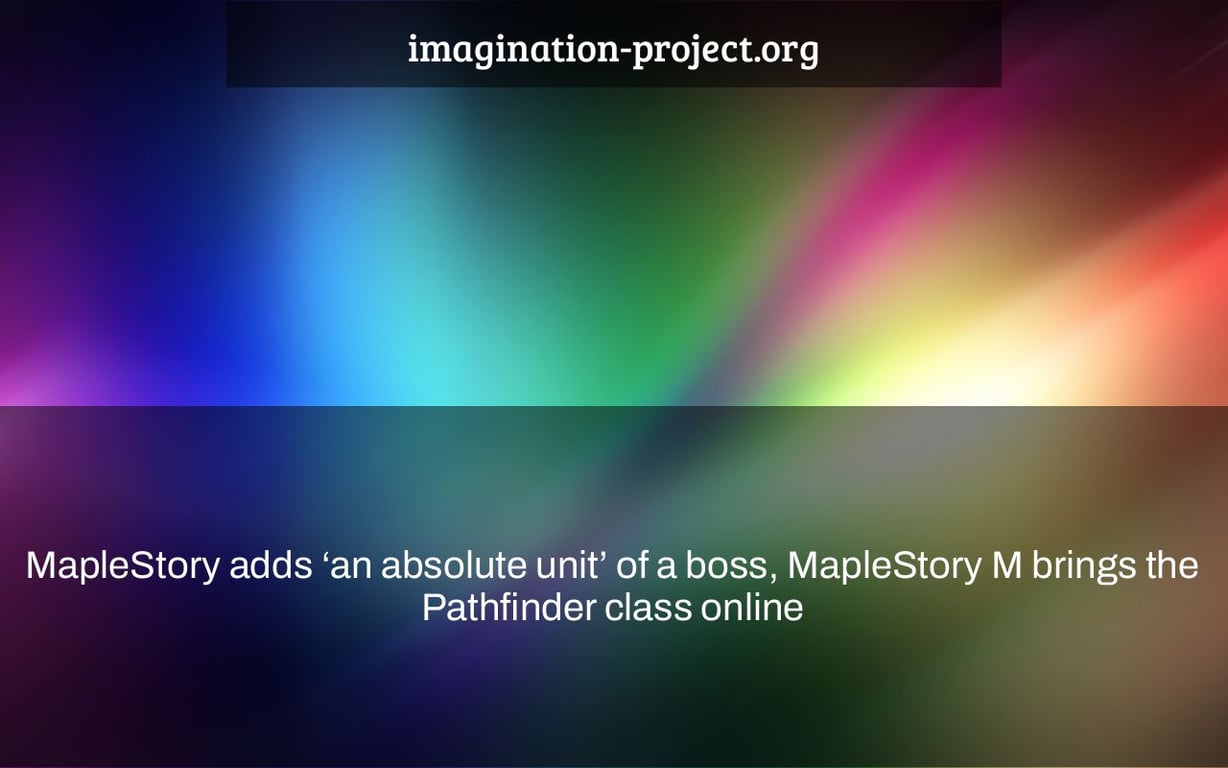 Are you ready to take on the world’s largest, chonkiest, and most heavenly slimes? Prepare for the enormous and brilliant magnificence of the Guardian Angel Slime fight in MapleStory’s newest update, An Absolute Unit, which is the game’s main feature. Yes, it is the name of the update. As you can see from the top picture, that’s exactly who that boss is.

“Guardian Angel Slime, dubbed the “Leader of the Slimes,” is a formidable opponent. […] This adorable and powerful slime is now accessible to characters with a level of 210 or above who have achieved the Fifth Job Advancement!”

When travelling into Ramuramu, players at the right level may begin their struggle against this obese boy by receiving an invitation. New Maple LIVE events, the second half of the Tera Burning Plus event, and the continuation of the Burning World have all been included to the update. Finally, MapleStory has been added to the GeForce NOW library of titles.

The PC version of the game isn’t the only one receiving new content; MapleStory M, the mobile MMO, is gaining a bow-wielding Pathfinder class, as well as a new level maximum of 250, the inclusion of the Dreaming City Lachelein location, and a new boss battle against Arkarium.

press releases as a source